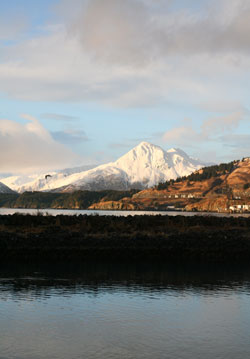 Alaskan Observers, Inc. (AOI) is a Seattle based corporation which was founded in 1988 to meet the ever increasing need for trained, professional observers in the domestic fishing industry. AOI has been a contractor in the Alaska Department of Fish and Game’s Shellfish Observer Program since that program’s inception in the September of 1988. With the advent of National Marine Fisheries Service Groundfish Observer Program in December of 1989, AOI also began to supply observers to the groundfish industry.

Our observers, and the quality of their work, finally determine the success of our company, and we treat them accordingly. We offer our employees a high level of technical and logistical support before, during, and after a voyage, leaving our clients in the fishing industry free to concentrate on the business of fishing.

Observers and clients both benefit from the experience of our staff. Michael Lake, AOI’s president, has worked as a fisherman and as an observer aboard domestic crab boats. David Edick, AOI’s general manager, first worked as an observer in 1983, and he has worked on both foreign and domestic boats, as has Pam Gale, AOI’s Logistics Manager, who made her first observer trip in 1987. Elaine Herr, AOI’s Field Supervisor in Dutch Harbor, began working as an observer for AOI in 1995. Terry Hillman, AOI’s West Coast Catch Shares Field Supervisor, began working for AOI as an observer in 2002. Samantha Chicos, AOI’s Recruiting Coordinator, began with AOI in 2012 as a North Pacific Groundfish Observer. Rachel Moore, AOI’s Assistant Recruiting Coord., began as a West Coast Groundfish Observer in 2006.